Not a lot of men wear suspenders nowadays, however the leather belt is both an essential and practical item of clothing. Before World War I, belts were mostly worn for decorative purposes mostly in men’s casual wear. To this day, a pair of suspenders is an important item in men’s trousers to keep it in place. Suspenders, also known as braces in Britain, are cloth straps that are worn over the shoulders and down towards the front of the trousers, which can either be buttoned or clipped to the trouser waistband. The suspenders are joined at the back with an X- or Y-shape to prevent them from separating, however the straps can also be individually purchased.

How it is made varies on the brand and the different materials, such as silk, rayon, while a boxcloth in wool is a classic staple. Suspenders can be incorporated with elastics anywhere in the strap. The straps usually end in a flap made of leather which then attaches to buttons in the trouser waistband, or also in clips that hold the top portion of the waistband. 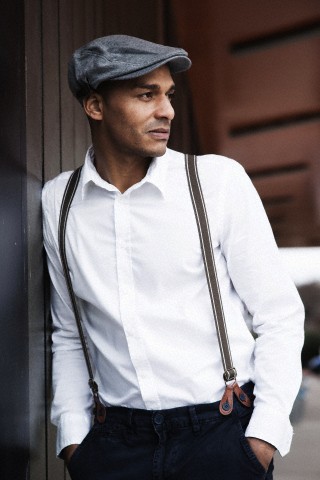 The Benefits of Wearing Suspenders

The belt holds the waistband closer and tighter to the body, while suspenders actually provide either 3 Y-shaped or 4 X-shaped points where trousers can attach. Suspenders that are fitted well give a hanger in waist-shape which the trousers can rest on. The bunching of the fabric is then avoided because of this and gives the fabric at the hips to fall smoothly at the knees instead of billowing underneath the belt.

The appearance of suspenders keeps your trousers nice and tidy as well as comfortable look for men. The suspenders are adjustable depending on your preference for higher or lower trousers. The trousers are also wearable using braces for a higher fit which is beneficial for bigger men to easily drape the pants downward from the natural waist instead of using an uncomfortable belt underneath their stomach.

In confined spaces, the suspenders can provide a bit of relief by removing a leather band or fabric that is pressed against the waist of the wearer, however the buttons may still be felt.

Suspenders can be used in most outfits. While the pants hang down from where the waistband is attached, the trouser pleats can be arranged to align the vertical detail on the upper portion of the torso. Another advantage of suspenders is that it keeps the front button of the trousers and its fly in place, so aligning the buttons of the shirt as well as the fly is easy as well as straightening the plumb-line.

How to Wear Suspenders

In wearing their suspenders, men usually fasten it at the back then put on their pants, and finally fasten their suspenders in front. Most designs have clasps of metal to grip the trouser fabric, meanwhile some men have small buttons on either side of the suspenders. The latter are better in the sense that they do not constrict and wear down the fabric of the trousers. However this can only be worn with pants that have button-flaps for suspenders. Trousers which do not have button-flaps for suspenders instead use clamp-type suspenders with belt-loops. It should be noted that while there is nothing wrong with having trousers with belt-loops and wearing suspenders, wearing both at the same time is considered a faux pas. 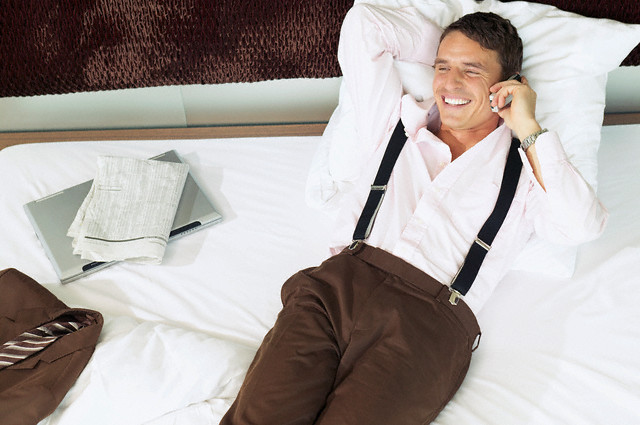 In the old days, visible suspenders are in fact regarded as improper as they were part of a man’s undergarments. However, times have changed and men can now wear their suspenders without worrying its impropriety. Dark suspenders are more in demand due mainly to their versatility as dark hues are easy to coordinate with all colors. Patterned suspenders are available everywhere yet they can easily act as a novelty accessory than an important element of the trousers if the patterns are too extreme. Youth cultures, such as the skinheads and the punks, have also created suspenders in bolder colors and patterns. This is highly discouraged as men are informed to stay away from anything too outlandish that may impart a wrong impression on others.

The suspenders are necessary when wearing black tie as a formal belt is nonexistent. The suspenders are either black or white and should not be visible underneath the jacket. Well-made suspenders for formal attire have braided silk ends instead of leather tabs, but clips are not acceptable.

The Limitations of Suspenders

Though regarded as a more comfortable way in supporting the trousers, suspenders are not stronger nor functional as a belt. They do have a tendency to snag or easily rip when attached to something thus damaging the trousers and suspenders. Worn out suspenders that have lost their elasticity can make the trousers sag visibly that are unattractive. Belts that are well-made are pieces of equipment that are useful in ways that suspenders may not, like carrying small items such as mobile phones.

In general, well-fitted suspenders are still recommended and useful for most men and can hold the trousers in its proper place. It remains an acceptable fashion piece and most likely be used for years to come.