Black Tie Dressing: The Proper Way to Wear the Tuxedo 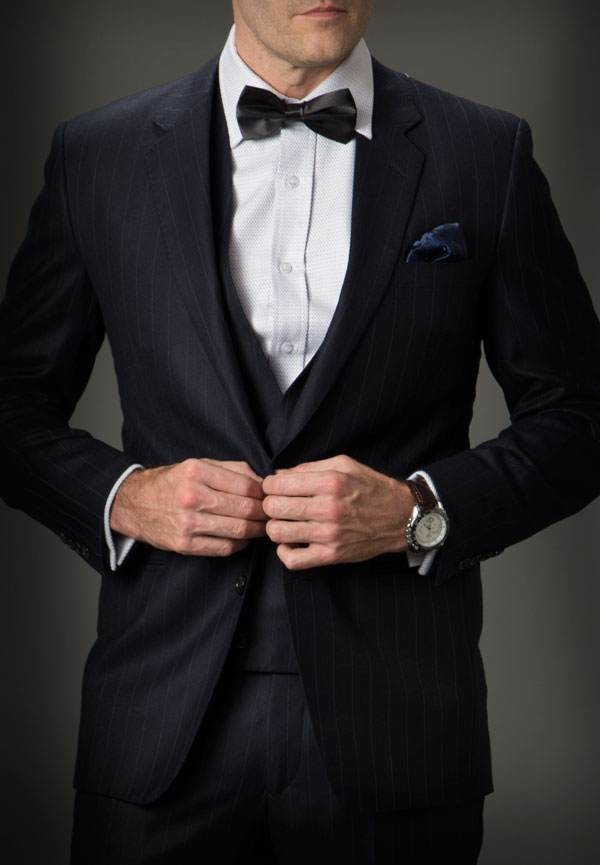 In men’s fashion, the black tie remains the most misunderstood. Majority of men think dressing the black tie is difficult and unpleasant affair for proms or weddings. Black tie is often worn for formal events or special occasions that it becomes a distinct uniform for some. This is the reason why a black tie is stunning. The suit you normally wear for business looks appropriate for mostly office wear only. But a tuxedo is intended for a particular occasion, this is what’s outstanding about it.

For men who may be having difficulty with the first black tie event they’re attending, understanding specific guidelines can help. Men who understand basic rules will no doubt look fine. However, there are rental stores providing tuxedos that do not follow the basics. Don’t give in. It’s better to stick with timeless formal wear to guarantee your elegance in black-and-white.

Men’s dinner jacket is not a suit coat. The standard style is a single-breasted jacket which should not have any vents for formal events. The simple shawl lapel is the traditional black tie option which has a ribbon around the back of the neck. The peak lapels, which have upward points, are acceptable by most men for additional style. However, it’s important to remember that black tie exudes a subtle elegance and shawl collar is always the better option. The notched lapels are usually what manufacturers offer, however they are generally regarded as unacceptable for formal wear and must be avoided.

The dinner jackets are usually black with grosgrain or satin at the front lapels. A midnight blue color is also acceptable yet the peaked lapel is not a common choice. White jackets are also considered as a style for formal wear yet they have different rules and must not be mistaken as appropriate to wear for black tie events. 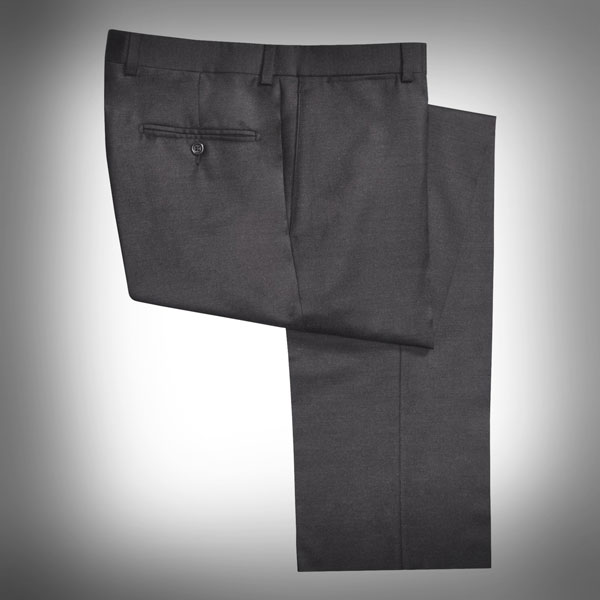 Formal wear should always be matched. The pants must always be made from the same cloth as the jacket, and the cloth on the seams must match the facings of the lapel. A single braid is a classic adornment of the seam, however a subtle and slim band of cloth is just as acceptable and more traditional today. There should be no cuffs, as they might go against the decoration of the seam.

The formal trousers should be worn with a covering of the waist, which is either a cummerbund or waistcoat, and thus should be worn with suspenders. A formal belt is unheard of and anyone who says differently and tries to sell you something is unnecessary. This allows the trousers to sit high on the natural waist, which is near your bellybutton and just above the hips. The formal trousers have fronts that are pleated and this should be a much better choice.

Men’s formal waistcoats are not the same style vests compared with a 3-piece suit’s third piece, yet they are referred to by the same name. They are buttoned low at the torso thus exposing the shirt’s front. Majority of waistcoats for black tie have their own lapels or tailored with the similar fabric as the lapels of the jacket. Waistcoats can also be made backless with a fastening at the back with a buckled strap rather than front buttons. However, this vest style is no less or more formal than styles with working buttons. It’s merely a design to maximize comfort and lessen the amount of cloth used.

Another option for the waistcoats, the cummerbunds were first considered as casual style appropriate for outdoor wear and for summer. Today, a cummerbund in black is referred to as a perfect alternative to waistcoats and more popular option at most stores including rental. The cummerbund’s pleats are facing upwards, so visualize them as small pockets, which was their original function anyway. Men had a habit of tucking tickets into the folds, and sometimes still do. There are cummerbunds with hidden pockets on the backside, however the pleats must still be facing upward. 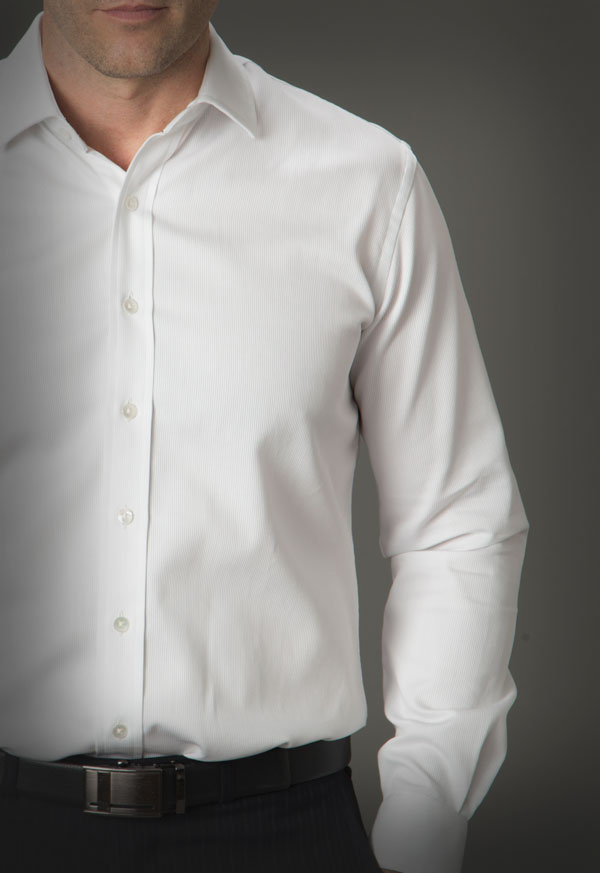 The black tie’s dress shirt should always be white; there is no alternative. Its collar should be turndown, with hidden collar points behind the bow tie. However, in America particularly, the modern black tie’s dress shirt in pointed wing collar has been accepted. The wing collar may be regarded by traditionalists as vulgar and inappropriate for black tie, yet it is widely available. Dress shirts that are quality made have a doubled-over fabric that looks like a “bib” at the shirt’s front. It is commonly adorned with narrow pleats. The dress shirt is fastened with studs instead of buttons. The studs must match the cufflinks with exclusive colors namely, black, gold, or mother of pearl. The most common of which is black.

The black bow tie has a different style all its own. Clip-on or pre-tied is unacceptable. A bow tie should have a fixed length to your neck and adjustable to other models. To make sure the tie is well proportioned to your face, make sure that the ends of the bow fall between the outer corners of your eyes and the edge of your face. Anything less can make your head look big. The bow tie’s material must be a match to the lapel facings of the jacket. The sheen on the bow ties combined with the softness of the front lapels can attract attention to the uniformity of the attire.

If you’re planning on wearing black tie on a regular basis, you should carefully choose formal footwear most appropriate for it such as patent leather pumps with a black bow at the front. This classic footwear may seem girlish for modern dressers, but the goal of black tie is to give the attire a distinction to the event in a classic form. Men’s formal leather pumps are only appropriate to wear indoors. It evokes luxury and elegance and remains exclusive to formal style. A pair of dress shoes only for a black tie event can seem like a luxury for men. The standards for modern black tie enable any dress shoes in formal style and the ideal would be plain-toe oxfords. You can still use regular dress shoes in black leather so long as they are polished properly. However, small scrapings can easily indicate that the leather facing may not be real.

Last Details of the Black Tie

A black tie should have a pocket square, this is imperative. The pocket square should be white linen folded according to your preference. There are gentlemen who prefer irregular shapes apart from the standard shapes. The most traditional folds are the ones acceptable so avoid pocket squares that are pre-made with permanent folds which can easily be spotted by trained eyes. In addition, a clip-on bow tie is also considered a mistake for beginners.

The boutonniere is characterized as a small flower inserted in the left lapel’s buttonhole. It is merely a formal wear option depending on the occasion. Few flowers are accepted as real boutonnieres and not all the florists understand the limitations of the classic formal dress or able to cut the flowers to fit the buttonhole precisely. If you believe in your florist and thinks that the occasion is casually acceptable to ensure a bit of color among all guests, a dainty flower is a nice accessory to include in a black tie event.

During winter, you will need an overcoat for all your black tie occasions. The coat must be dark or very dark color such as black or midnight blue and must not be made artificially such as nylon or the waterproof Gore-Tex material. Most men add an opera scarf, or a white tasseled scarf, to the jacket along with dark suede gloves such as black or dark grey. A simple black hat is also appropriate with usual options such as homburgs or fedoras. Hats that are inappropriate for formal wear include stocking caps, while top hats are better worn with tailcoats or white tie.