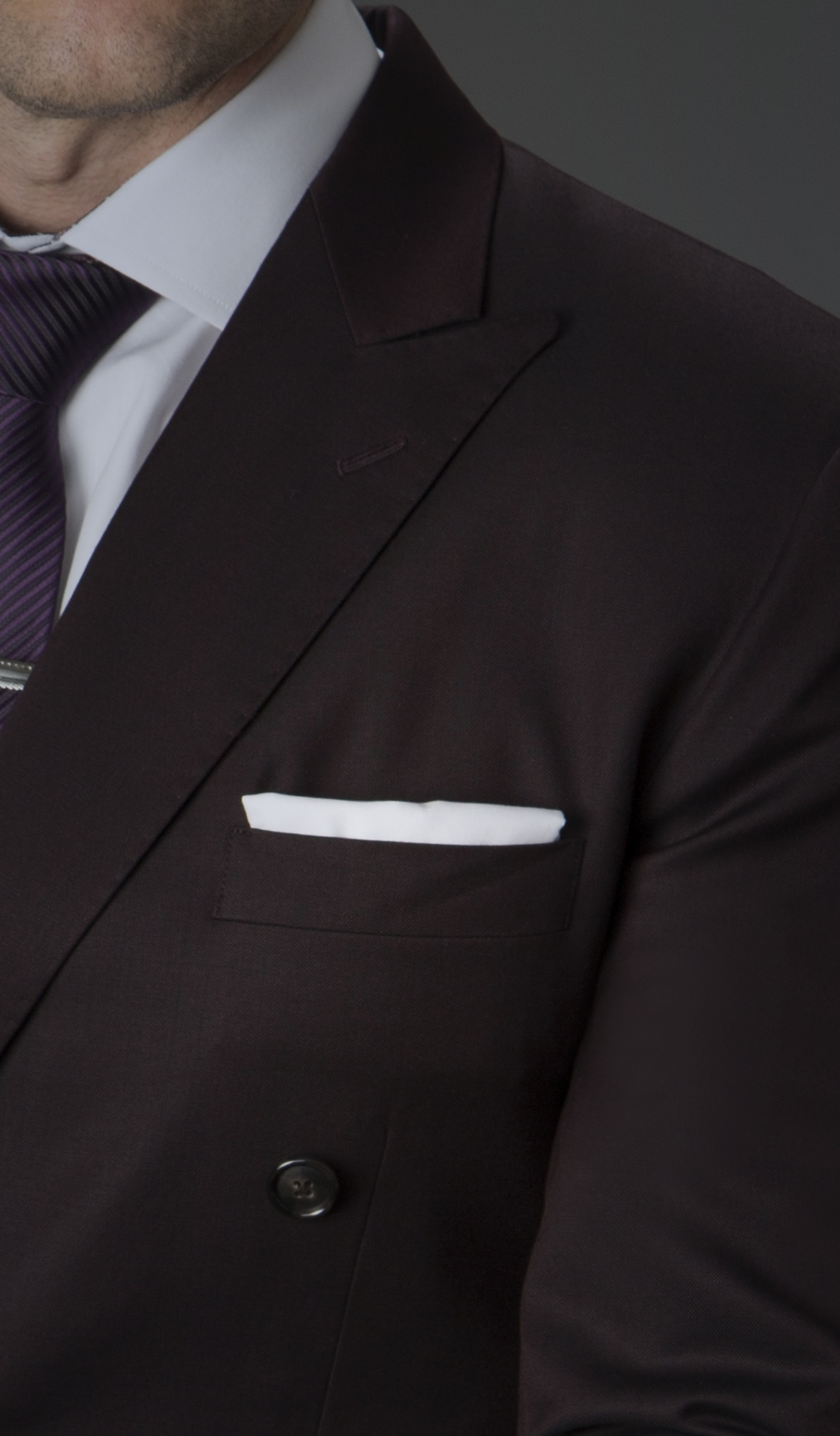 Men’s pocket square is considered an art itself that takes a while to master. Choosing the right one in terms of fabric, color, or pattern are necessary add to this is how the pocket square should be worn. It can easily look disheveled if mishandled. Most of the best pocket squares have a casual appearance. But a well-worn pocket square is properly arranged and displayed for all to see giving the wearer a confidence of knowing what he preferred by showcasing the pocket square. The pocket square can be arranged in many ways but to simplify, this section discusses 3 basic types of folds for the pocket square: Square, Flute, & Pointed.

The square fold, which is also called TV fold or Presidential fold, is regarded as the most understated of the 3 types. However, today this is also the least popular. The square fold is like the fold of the basic pocket thought it is a bit more narrow and longer so it can fit well in the pocket and still be seen. The exact measurements of the square depend on the pocket and the wearer’s preference but it should be at least 5 inches long and at least 3 inches wide. If the pocket square is made of cotton or linen, it should be starched to have a crisp appearance. If made of silk, it should also be starched yet folded so the rolled edges can be seen. 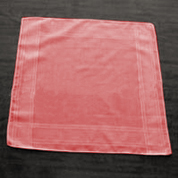 1. To make the square fold, place the pocket square on a flat surface unfolded. To start, fold in half so it has a similar width yet half of its length. Make creases on the edges of the square and every fold thereafter. 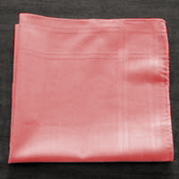 2. Next step is to fold again in half to make another square, but this time it becomes smaller about ¼ of its original width. 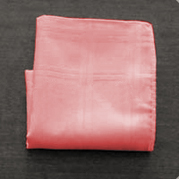 3. The 3rd step is to fold it again in half thus making it half of its width and length. Then this is added into the pocket of the jacket and between a half inch and one inch of the pocket square is seen.

The finished square can be added in various ways: it can be added diagonally which is an in-demand style. These details depend on the wearer and would be best to try out a few selections before finally settling for one thing.

The flute fold, also known as balloon or puff fold should be the easiest one to make, however it should be the most difficult to perfect. The flute fold is regarded as the least casual of the fold types as it appears like you just haphazardly threw it in your pocket.

1. With the pocket square on a flat surface unfolded, pinch the middle part to lift up the area.

2. Next step is to make a ring using your thumb and index finger at the top of the pocket square with your other hand, underneath the pinch then pull it downwards thus creating a flute or column. 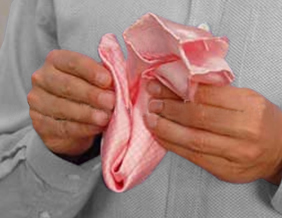 If you need to adjust the pocket’s width, keep folding as needed to come up with the preferred size. 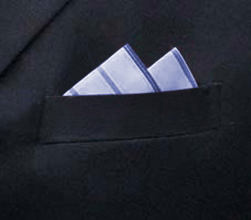 The 3rd style which is a 2-point fold is the exact opposite of the flute fold when it comes to formality and handling properly. You should use a starched and a well-ironed linen or cotton pocket square for the pointed fold. However, with proper care and practice, you can easily create a 2-point pocket and this can be done with a silk pocket square.

With these images, we will teach you how to make a 2-point pocket square. There are several variations but this is essential for conservative occasions and also bolder than the square fold. 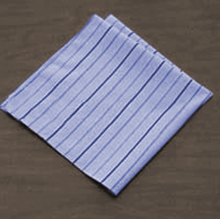 1. The 1st step is to make sure the pocket square is on a flat surface unfolded. Then fold it in half and then fold it again lengthwise in half creating a smaller square thus making it ¼ its original size. Slowly slide ½ towards the left or right, these would be your points, it is up to you to decide the measurement in which to separate them. 2. The 2nd step is to fold the right, left, and bottom corners so that they can meet in the square’s middle. The fold is then hidden from sight, so you need not worry about pressing it. 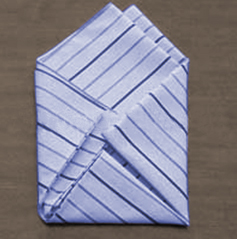 3. Lastly, adjust the pocket square’s bottom folds when necessary just to fill the pocket’s width and keep the points clustering. Carefully place in your pocket and adjust as needed.

Every fold has its own characteristics, imparting various messages on the wearer and those he may meet. The best way is to discover one’s personal style and try other variations and select the best fold of pocket square that best represents your style.