Types of Dress Shoes for Men 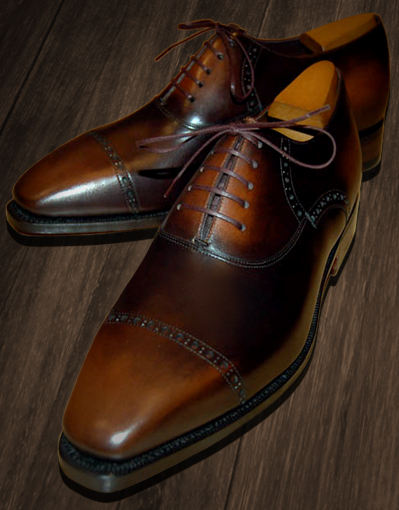 Dress shoes for men are made in various styles and each one has its purpose. The specific details such as colors and construction of the shoes depend on the wearer’s personal style. In any case, there are basics to consider in choosing what shoes to purchase or thinking of which shoe to wear on a particular occasion. As a general guide, a sleeker shoe is considered formal, with black as more formal than brown and lace-up shoes are dressier than slip-ons giving closed lacing more formal than open lacing. With the closed lacing shoes, the sides emerge giving the top area of the shoes to fan side by side outward to create a V-shape at the laces. Open lacing shoes have separate pieces at the side and folded over to merge at the center. The more perforations or broguing, the less formal the shoe becomes. 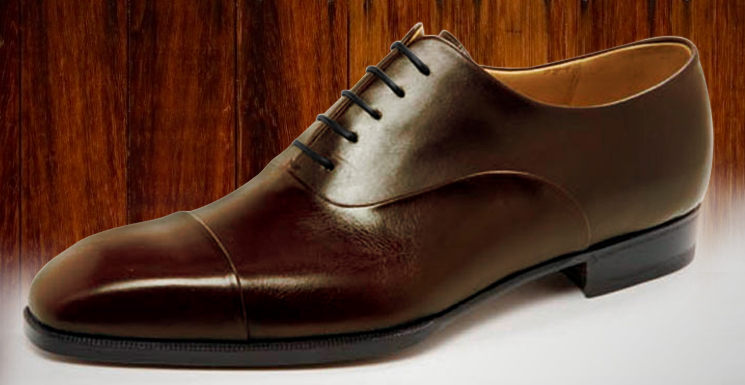 Balmoral oxfords are regarded as the finest dress shoes for men. The Balmorals are characterized by round cap toes and closed lacing. Balmoral oxfords in plain cap-toes are ideal for formal wear or business wear and also wearable as black tie shoes. Broguing at the edge of the cap or trimming the uppers on the Oxfords are still treated as formal enough to wear with a wool suit, while full brogues work well with tweed or flannel. If you have just one dress shoes, it should be a black Balmoral oxford.

Men’s blucher shoes or also called Derby has a similar form as that of the balmoral oxford since it is actually an oxford yet less formal due to its open lacing. In the United States, it is acceptable to wear bluchers with a suit, however wearing it abroad should be cautioned. The bluchers also work well with sport coats and khaki pants more than the balmorals.

The blucher dress shoes have open lacing with either a plain or brogued cap that are acceptable to wear with a suit, and with additional detail can pair well with a blazer too. Apart from leather, bluchers can be made in suede which can be acceptable with jeans or khaki pants. 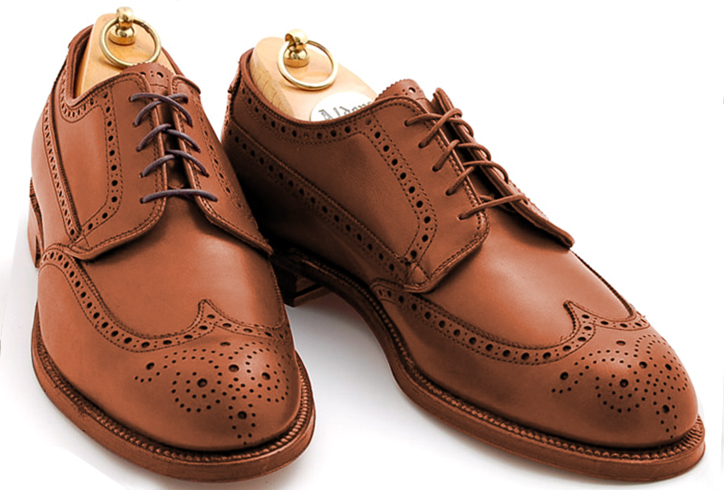 The blucher wingtip is characterized by a brogued cap meeting at the center of the top and curving downward at the sides. A black blucher wingtip is acceptable with formal wear while brown is more acceptable for business casual wear and flannel trousers in grey color. The wingtip is easily recognizable due to its physical features, which is a good thing yet at the same time it draws too much attention as well. 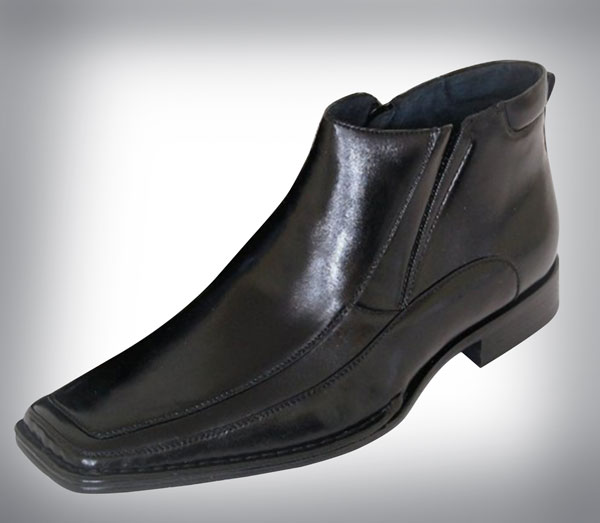 Dress boots are rugged footwear ideal for winter. You can comfortably slip it on and off which makes it a favorite of frequent travelers and men who rarely wear a formal balmoral oxford. Meanwhile, the cowboy boots are of the same family as the dress boots yet more commonly worn by region. It’s best to skip this footwear unless you are living in a Southern ranch. 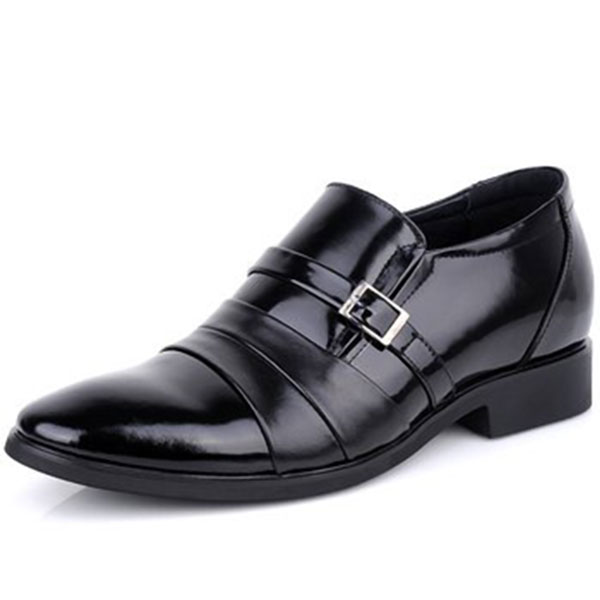 Men’s slip-ons are regarded as casual footwear. However, acceptable slip-ons such as loafer with metal links at the middle s are dressier and worthy to wear with business casual clothing. Monkstraps with buckles and penny loafers with decorative leather band are also acceptable options for business casual wear. Meanwhile, tassel loafers are more appropriate for formal business wear at the same time considered a weekend wear for some men. Keep in mind that casual slip-ons are worn with casual wear such as jeans while the dressier type is paired with an odd trouser. 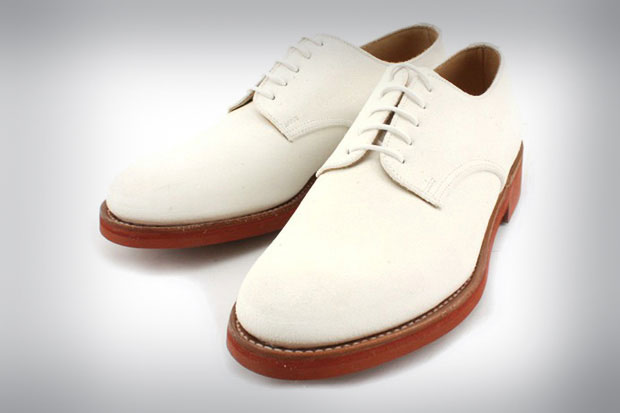 The white buck dress shoes are also a type of oxford made with white buckskin which is leather and rougher in texture, yet not exactly white in color. This is the traditional shoe to pair with you seersucker suit or any other summer fabrics. As such, white bucks are considered professional during the summer season. 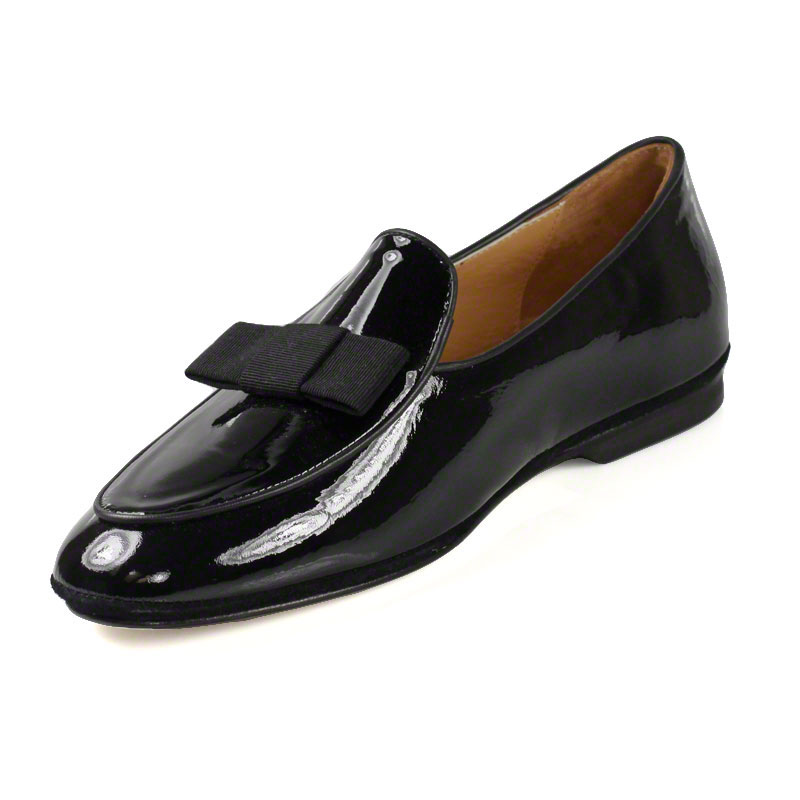 The most formal of the dress shoes is also an oxford made in patent leather which is a traditional companion to a tuxedo. Another formal shoe option, opera pumps are shiny black slipper with a bow that have been worn by royalty and prominent men for hundreds of years.